So... the Ruger PC-9. I promised a review of it so here it is.
Let me just start by saying again that I absolutely adore this little gun! It's well balanced, accurate, reliable, the controls are handy and the breakdown feature is solid and simple. It breaks down in the blink of an eye and fits easily in a large briefcase, range bag, gym bag or small suitcase. Reassemble in 5 seconds and you're ready to rock and roll. It comes with 2 magazine wells, one for Ruger mags and one for Glock mags. I love the fact that it shares magazines and ammo with my 9mm Glocks and there's just something very sexy about pistol-caliber carbines!
So why did I get it to begin with? Well, I wanted a handy, short reasonably accurate long gun as a constant companion for my EDC. It's basically an urban fighting rifle. If I go to the woods or the civil war breaks out, I'll probably grab something with a little more horsepower but a 115 grain bullet at over 1600 fps is nothing to sneeze at.
It's just a tad heavier than you might expect for a little 9mm carbine but that's because its built like a fricking tank. VERY rugged little gun! No comparison to something like the Kel-Tec Sub 2000 which is kind of a pathetic excuse for a real gun. I suppose they're OK for recreational use but they are definitely not fighting carbines. When you pick up the Kel-Tec, it kinda makes you wonder why the muzzle is not painted orange.
How does the PC-9 shoot? Well... well, very well. I haven't really put it through its paces yet but I've shot it enough to know that it is going to be one of my forever guns. The trigger could stand a little attention but it's really not bad for a Ruger. I wasn't looking for a match-grade trigger on a 9mm self-defense carbine anyway.
Preliminary accuracy tests are impressive and I plan to do more with it when I get time. I had probably put maybe 200 rounds through it and had the iron sights (rugged, easy to see aperture sights) dialed in pretty well when I decided that I wanted to put some glass on it. I had an extra 3x Nikon compact scope laying around so I stuck it on top of the little Ruger. My first trip out to the woods with it was enlightening, to say the least!
My bench was a rickety little plastic table and the ammo was Remington 115 grain FMJ so I didn't really expect to set the world on fire but I was actually more than impressed with the results! After goofing around with it a little, I decided to see if I could make something that resembled a group with it at 50 yards. After a few sight-in shots, I shot a 3-shot group that strung vertically a little more than I like but was still only about 1⅛". So when I saw that it might actually be a shooter, I put a little more effort into it and the second group measured just ⅝"! Granted, that was only at 50 yards but that indicated that it had the potential of shooting about and inch and quarter out at 100 yards. I don't know about you but I can live with that kind of accuracy out of this type of a weapon!
Downsides? Well, not many really besides what I already mentioned. I guess the biggest thing is the spring on magazine catch needed to be a little stiffer. Even though the button is marginally protected, it's not at all hard to bump it and have a speed-unload. I remedied that most rikky-tik by finding a similar sized, slightly heavier spring, thinning it down slightly on one end and replacing the original. It takes a just little more effort to release the mag now.
These little darlin's are difficult to impossible to find now and I have no idea what they would cost if you found one but they were quite reasonable when I got mine.
They also make this gun in .40S&W and I desperately want one! 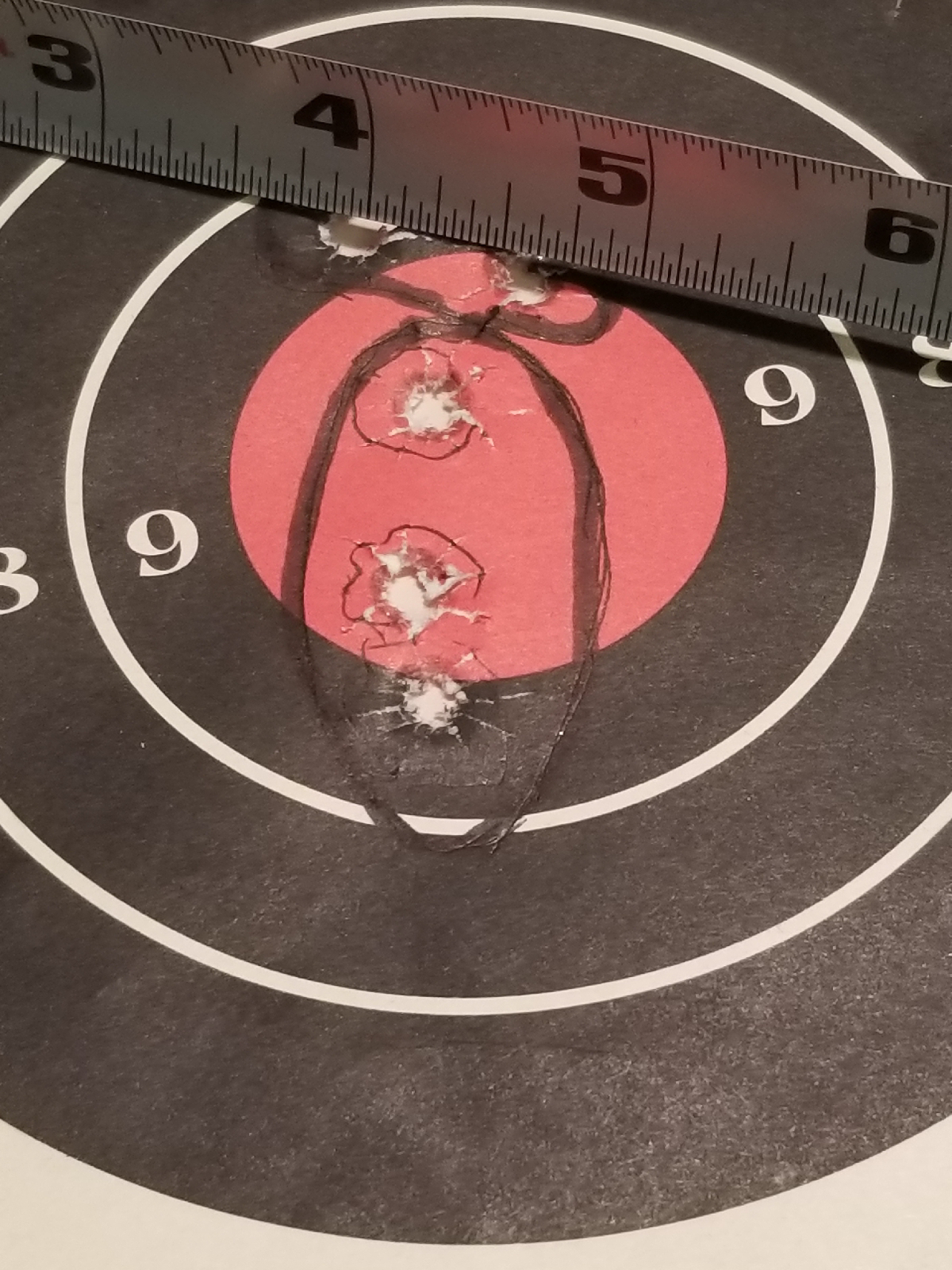 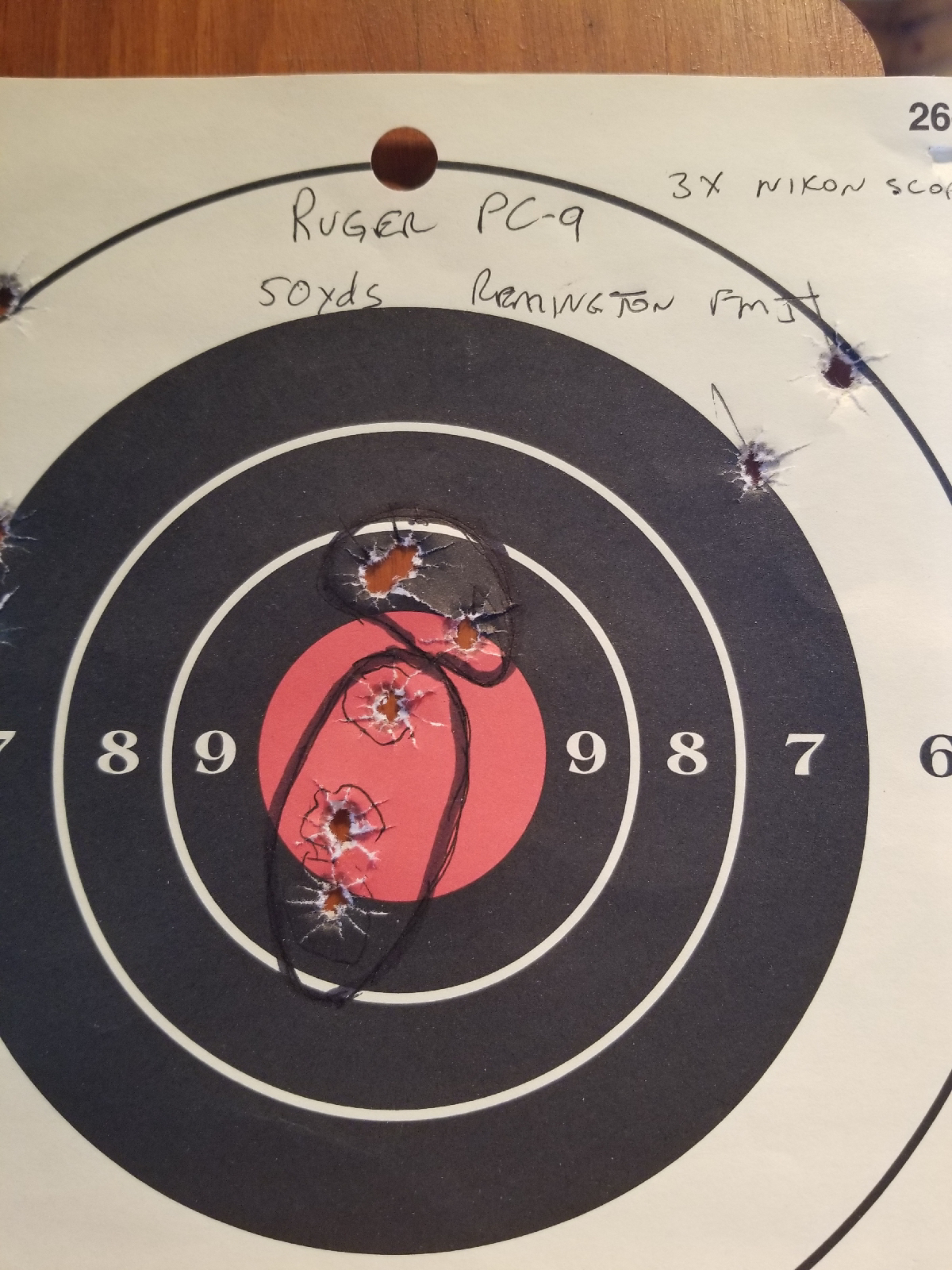