it wasn't leaking so I walked out there to see what was going on. What I found was that I had hit the oil filter twice, less than .75" apart (picture supplied) which further led me to believe that a clean barrel is not my friend. The next shot was on the bottle but surprisingly, only put a dent in it but did not penetrate. The heavy plastic and the pressure of the water inside was a little more than the pellet could overcome.
So, there you have it! As far as I'm concerned, this gun or one like it, is a winner, not only for survival/preparedness purposes but for cheap recreational shooting and hunting as well.
What did all of this have to do with Airgun Wars? Well, nothing really but hopefully I piqued your interest enough to get you to read it! 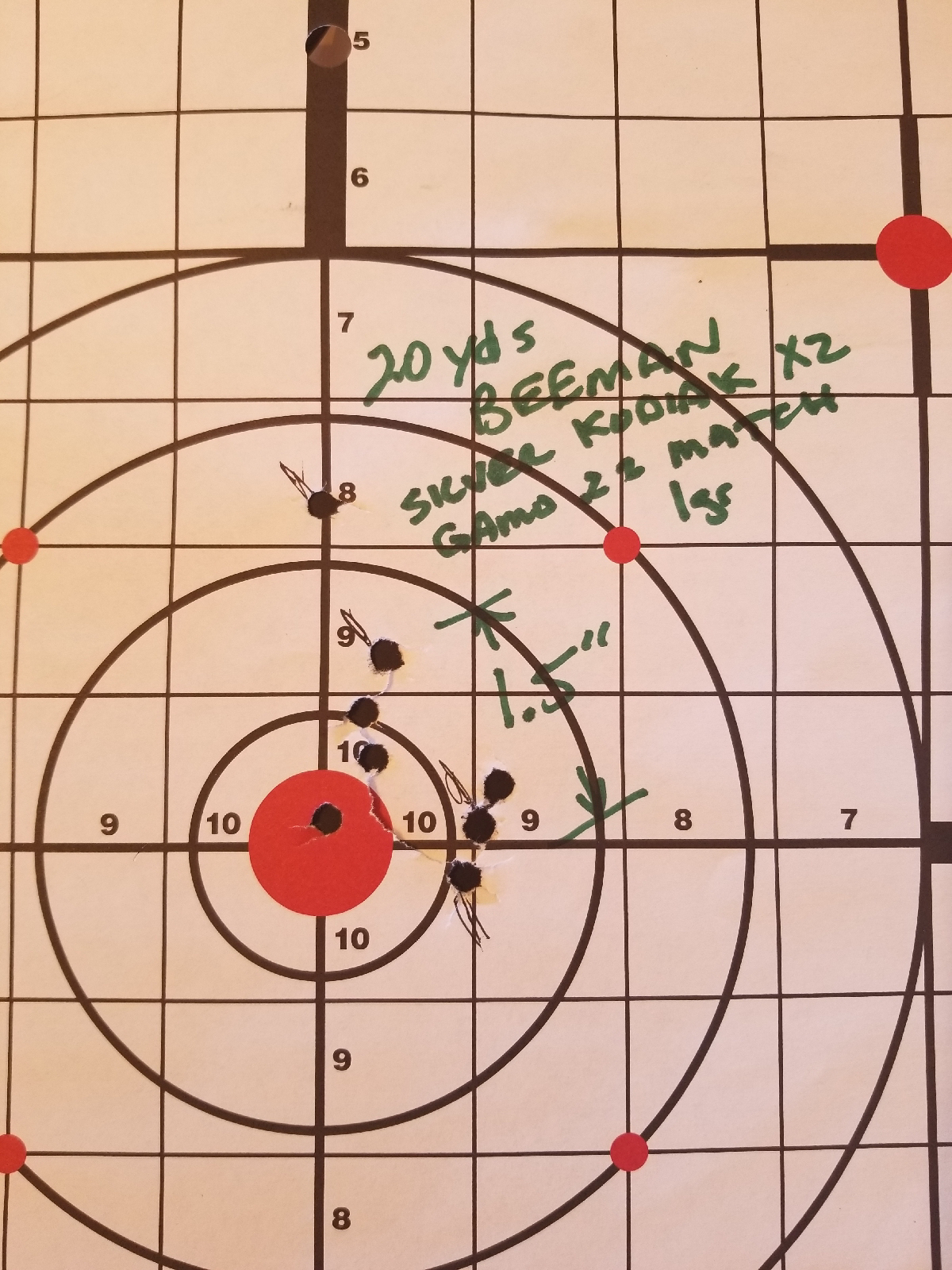 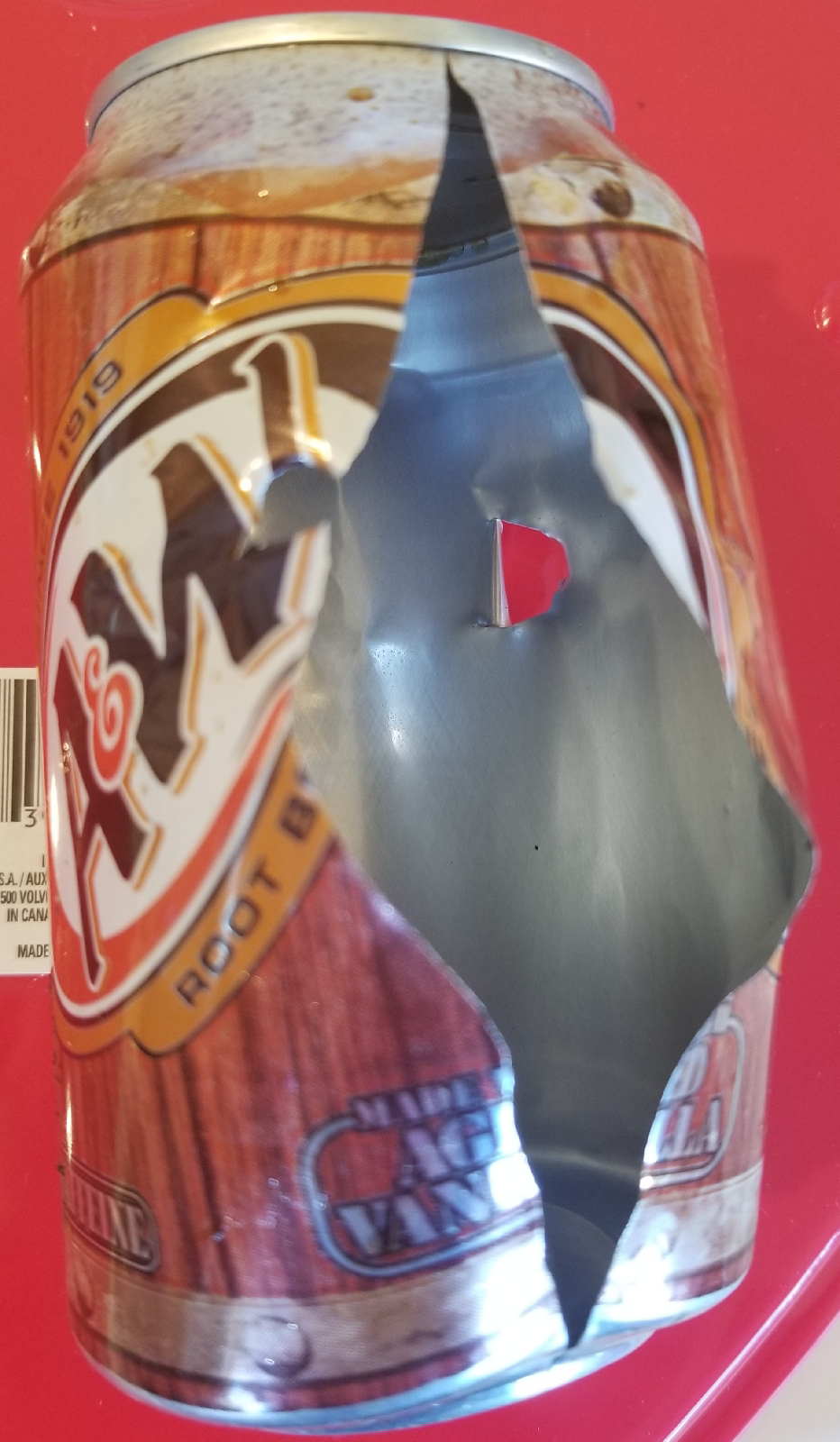 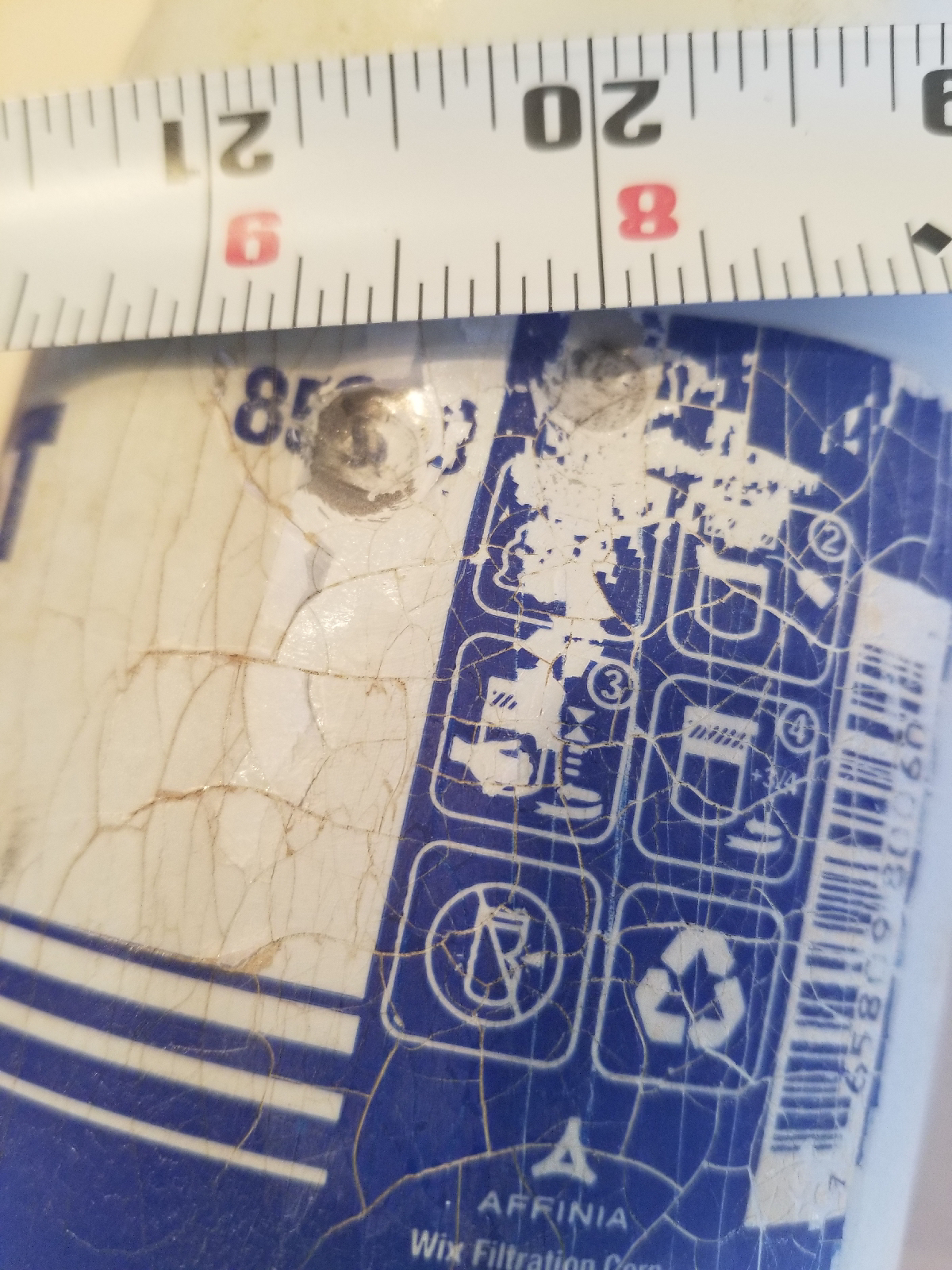 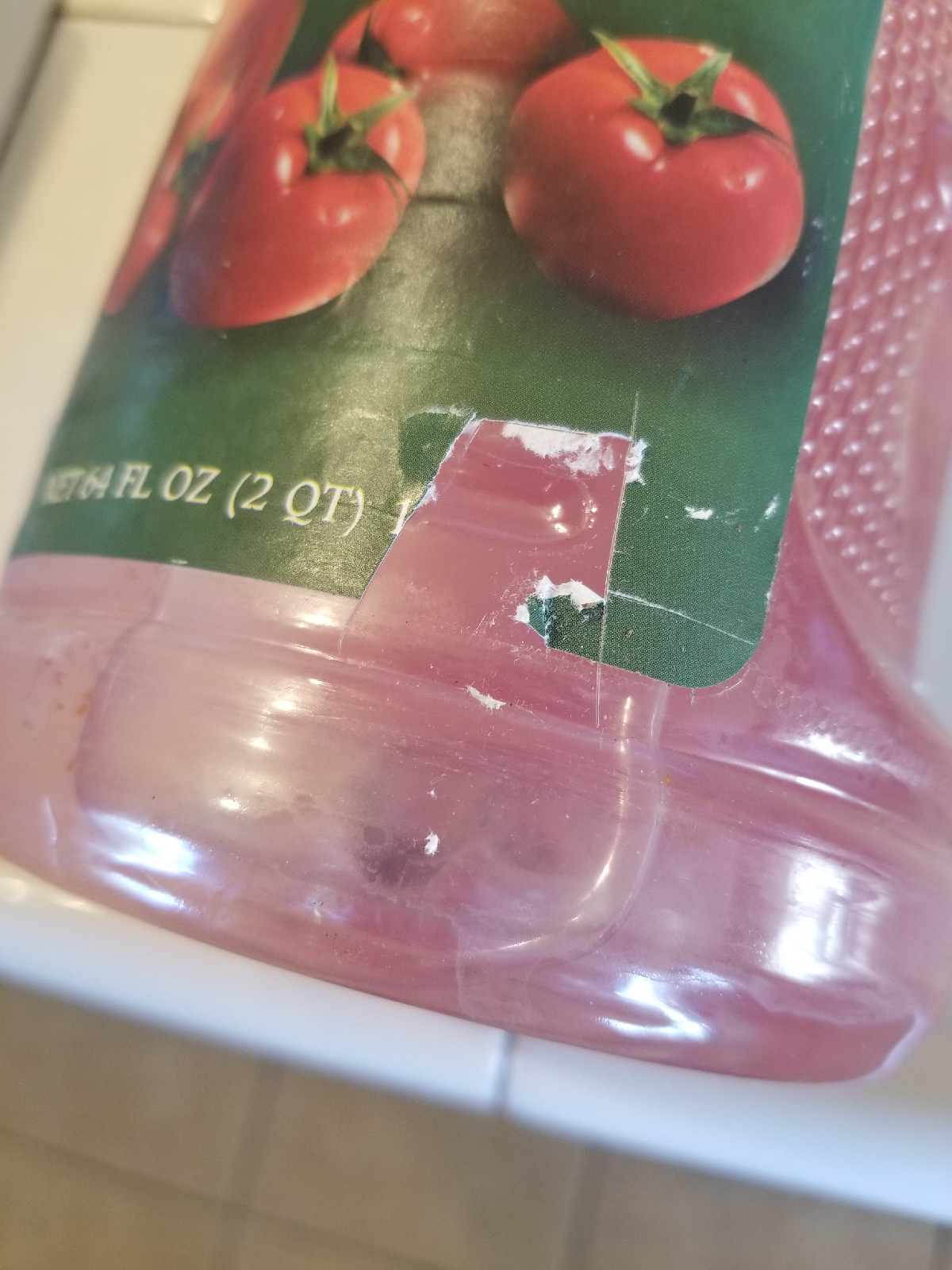